The Reilly Law Group is a law group with expertise in real-estate, bankruptcy, and debt settlement litigation. We emphasize relationships and professionalism with all our clients and will find solutions to any and all of our client’s issues. We pride ourselves on our commitment to servicing our clientele in the most transparent manner and guiding them to make financially advisable decisions.

We want to represent you and help you find solutions to all of your litigation needs. Please contact us at (631)694-1777 for further inquiries about how RLG can assist you. 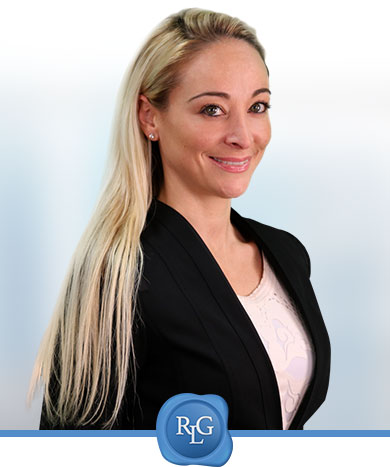 Jennifer Reilly Esq. founded Reilly Law Group PC, which specializes in residential and commercial real estate transactions, consumer bankruptcy and debt settlement, with offices in Melville and New Rochelle, and a third office opening in NYC. Reilly expanded her team to include fifteen-year legal veteran, Michael McNamara Esq., who specializes in the practices of consumer bankruptcy and litigation.

Reilly received two prestigious awards in 2015. She was recently inducted into Long Island Business News’ 2015 Class of Leaders in Law, which recognizes individuals whose tenacity, excellence and compassion demonstrate leadership both in the legal profession and in the community, and has made a positive impact on Long Island. Reilly was recognized as one of Long Island’s Power Women in Business by Queens Courier. The Power Women program recognizes influential women in businesses in Nassau and Suffolk counties whose achievements and participation helped to make a difference in the communities where they work and live.

Before launching Reilly Law Group, Jennifer Reilly Esq. was counsel for 1st Equity Title & Closing Services, assisting in its growth, ultimately leading to its recognition as the No. 1 Title Company in New York State for the third consecutive year on the Inc. 5000 list.

In addition to serving as secretary of the PinkTie1000 foundation, an initiative of PinkTie.org, Reilly provides pro bono legal representation for not-for-profit charitable organizations, and is a strong advocate for many Long Island-based charities.